This sample Industrial Accidents Research Paper is published for educational and informational purposes only. If you need help writing your assignment, please use our research paper writing service and buy a paper on any topic at affordable price. Also check our tips on how to write a research paper, see the lists of research paper topics, and browse research paper examples.

The term industrial accidents refers to events involving unintended injury, harm, or damage that occur unexpectedly in the process of industrial production.

Definitions of what an accident is and theories concerning industrial accidents have evolved over time, and have differed depending on social context. Preindustrial workplaces were largely unregulated by the state. Tom Dwyer (1991) analyzed accidents in the preindustrial workplace and noted their regulation via moral practice, with Christian notions of “sin” being used to label and control the workplace. As the Industrial Revolution emerged in the United States and Europe, however, so too did new ideas about the worker and the workplace, along with an increased role for the state, rather than small groups and the individual, in defining accidents and addressing the concerns they generated.

The British coal mining industry provides a useful encapsulation of Anglo-American ideas regarding the treatment of industrial accidents in the nineteenth and twentieth centuries. Reports of British mining accidents begin to appear in the early nineteenth century (from 1812 onward), and demonstrate the social value placed on the prevention of industrial accidents. As labor unions emerged, European and American societies also came to expect the state to address concerns about deplorable working conditions in mines and large-scale industrial factories. Workers’ grievances regarding accidents were addressed to some extent through the gradual introduction of state regulation. The frequency of accidents, and their pattern and types, reflected the conflict between labor and capital that existed in larger society, as well as the evolution of technology (Dwyer 1991).

Despite the introduction of regulation, life for the typical European or American industrial worker in the late nineteenth and early twentieth centuries was abysmal. Upton Sinclair’s The Jungle (1906) is often credited with raising consciousness about problems in the industrial workplace, such as long work hours, grotesque injuries, the inability to file complaints and report accidents, and economic exploitation. The American progressive movement brought some of these issues into the political realm, though only the most severe problems were actually corrected during the early twentieth century.

The workers’ movement created a new emphasis on the prevention of accidents, leading to state regulations that codified types of violation. Labor unions pressed for safety changes to reduce the incidence of accidental injuries. At the same time, the technology of the industrial workplace became highly specialized. Early workplace safety procedures made use of this increasing specialization of labor, by allowing the worker, for instance, to stop the assembly line and halt production when safety was at risk. New laws were also used to regulate lost time, lost production of goods, damaged or broken equipment, and worker claims against industrial firms. These laws generally favored the financial interests of owners and paralleled the movement toward bureaucratization of management and the workplace.

Industrialization bloomed in the United States and Western Europe in the late nineteenth and early twentieth centuries. So too did social science. The work of Frederic Taylor and the theories of Scientific Management suggested that owners of factories benefited from dividing labor into specialized jobs—that is, it was more productive to divide work into separate, repetitive jobs that could be understood and controlled on the basis of time studies. Ford’s use of the assembly line created a highly specialized and linear form of production that set the model for many Western organizations. Accidents, also, came to be viewed as somewhat predictable and thus controllable, with models for prevention arising in response.

Max Weber’s work analyzed the ways in which legal/rational authority was used by owners to create a new managerial class that separated owners from workers. A new salaried middle class of managers emerged, with little or no ownership of the industrial factories and firms they managed. The modern corporation shifted responsibility for the day-to-day operations of industrial organizations away from owners to managers. Management became highly specialized as well, with the separation of “thinkers” from “doers” in Scientific Management underlying this division.

Large industrial organizations instituted the complex division of labor into multiple layers of linear production (e.g., the assembly line) and other nonlinear divisions. At the same time, arguably, accidents became less visible, and workers’ grievances became internalized within the structures of the organization of production, rather than being dealt with by the state (Dwyer 1991). In the United States, this created a counter-response from labor unions, which began advocating for more state regulation.

The creation of the Office of Safety and Health Administration (OSHA) in 1970, as an agency of the U.S. Department of Labor, was an attempt to codify safety regulations and to centralize the enforcement of statutes and standards in order to address the problem of accidents in industrial and other workplaces. OSHA was established through the National Institute for Occupational Safety and Health Act.

The industrial workplace had become a major locus of death and injury in the United States by the early twentieth century. The worker’s means of addressing prevention of accidents were limited, and the drive for profit provided little incentive for change. It was not until the creation of OSHA that serious attempts were made in industrial workplaces to prevent accidents and address workers’ grievances; for the first time also, inspection by outside agencies was legislated and laws were enforced with seriousness. Although accidents were reported to be beginning to drop with the incorporation of internal models of prevention, it was only after the creation of OSHA that trends were most visibly improved, especially during the post-1990 era. 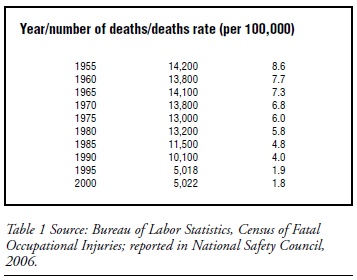 Table 1 shows trends in unintentional injury death rates in the workplace—a key indicator of the rate of industrial accidents—in the United States during the postwar era.

In recent years, theories of accidents have evolved into sophisticated models, often driven by advances in models of rational choice and systems theory in economics and other social sciences. The normal accident theory of Charles Perrow (1984, 2000) is the most prominent of these, and is useful for the analysis of highly complex and “tightly coupled” systems of production in industry. It asserts that humans design error into systems of production, whether consciously or not, as a product of human imperfection. Failures within safeguards in system design can co-occur, beyond the imagination of those who created the systems, such that the outcomes are explosively exponential in their potential harm. Accidents thus are unavoidable in nonlinear forms of production, because of unforeseen interactions between different system failures. The accident is thus a “normal” aspect of complexly tight systems built by humans.

In developing nations, the problems associated with Western industries in the past seemingly continue: Nations such as India, China, and Thailand are experiencing many of the same social conflicts and problems surrounding industrialization that the United States and Europe did during the Industrial Revolution. Moreover, the Union Carbide accident in Bhopal, India, in 1983 brought attention to the fact that U.S. laws safeguarding workers and the environment are often ignored by U.S.based multinationals operating abroad. Whether or not accidents are more or less probable, they are always a product of social organization, and thus in any future consideration of safety regulation, social issues must be central. 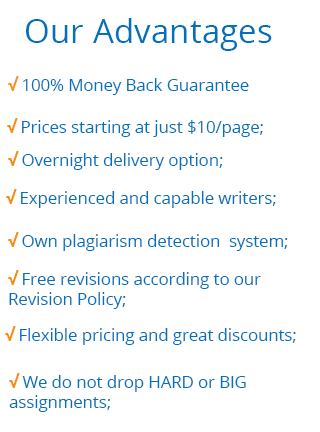