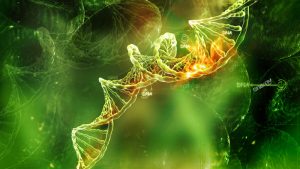 The history of biology begins with the careful observation of the external aspects of organisms and continues with investigations into the functions and interrelationships of living things.

The fourth-century B.C. Greek philosopher Aristotle is credited with establishing the importance of observation and analysis as the basic approach for scientific investigation. He also organized the basic principles of dividing and subdividing plants and animals, known as classification. By A.D. 200, studies in biology were centered in the Arab world. Most of the investigations during this period were made in medicine and agriculture. Arab scientists continued this activity throughout the Middle Ages (400–1450).

Scientific investigations gained momentum during the Renaissance (a period of rebirth of art, literature, and science in Europe from the fourteenth to the seventeenth century). Italian Renaissance artists Leonardo da Vinci (1452–1519) and Michelangelo (1475–1564) produced detailed anatomical drawings of human beings. At the same time, others were dissecting cadavers (dead bodies) and describing internal anatomy. By the seventeenth century, formal experimentation was introduced into the study of biology. William Harvey (1578–1657), an English physician, demonstrated the circulation of the blood and so initiated the biological discipline of physiology.

The invention of the microscope in the seventeenth century opened the way for biologists to investigate living organisms at the cellular level— and ultimately at the molecular level. The first drawings of magnified life were made by Francesco Stelluti, an Italian who published drawings in 1625 of a honeybee magnified to 10 times its normal size.

During the eighteenth century, Swedish botanist Carolus Linnaeus (1707–1778) developed a system for naming and classifying plants and animals that replaced the one established by Aristotle (and is still used today). Based on his observations of the characteristics of organisms, Linnaeus created a ranked system in which living things were grouped according to their similarities, with each succeeding level possessing a larger number of shared traits. He named these levels class, order, genus, and species. Linnaeus also popularized binomial nomenclature, giving each living thing a Latin name consisting of two parts—its genus and species— which distinguished it from all other organisms. For example, the wolf received the scientific name Canis lupus, while humans became Homo sapiens.

In the nineteenth century, many explorers contributed to biological science by collecting plant and animal specimens from around the world. In 1859, English naturalist Charles Darwin (1809–1882) published The Origin of Species by Means of Natural Selection, in which he outlined his theory of evolution. Darwin asserted that living organisms that best fit their environment are more likely to survive and pass their characteristics on to their offspring. His theory of evolution through natural selection was eventually accepted by most of the scientific community.

French microbiologist and chemist Louis Pasteur (1822–1895) showed that living things do not arise spontaneously. He conducted experiments confirming that microorganisms cause disease, identified several disease-causing bacteria, and also developed the first vaccines. By the end of the nineteenth century, the germ theory of disease was established by German physician Robert Koch (1843–1910), and by the early twentieth century, chemotherapy (the use of chemical agents to treat or control disease) was introduced. The use of antibiotics became widespread with the development of sulfa drugs in the mid-1930s and penicillin in the early 1940s.

From the nineteenth century until the end of the twentieth century, the amount of research and discovery in biology has been tremendous. Two fields of rapid growth in biological science today are molecular biology and genetic engineering.